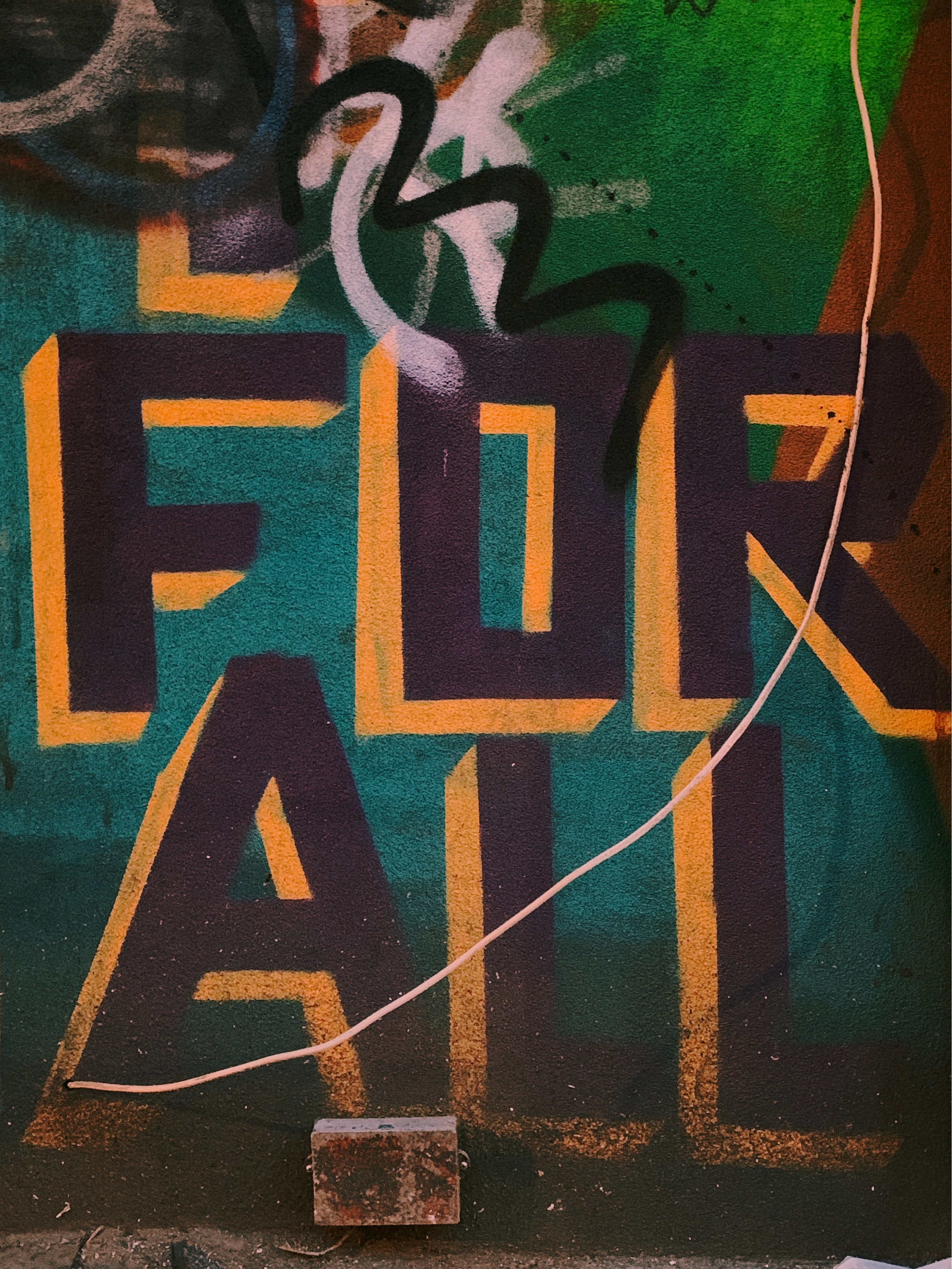 On April 14, the White House announced the release of Equity Action Plans developed by nearly all federal agencies. These Equity Action Plans were created in response to the President’s Executive Order 13985, “Advancing Racial Equity and Support for Underserved Communities Through the Federal Government,” which President Biden signed on his first day in office. The Order and these plans are part of the Biden Administration’s broader equity agenda, which also encompasses the Justice40 initiative and other efforts focused on diversity, equity, inclusion, and accessibility in the federal workforce and establishing a White House Gender Policy Council. This Order is separate from Executive Order 14008, “Tackling the Climate Crisis at Home and Abroad,” which established the Justice 40 initiative, although both orders are aligned on the importance of using data and increasing stakeholder engagement to address equity.

In this blog post, I’ll discuss what environmental and climate justice advocates need to know about this Executive Order, as well as the Equity Action Plans and other efforts that resulted from it. In future blog posts, I will analyze what’s in the Department of Energy’s (DOE) Equity Action Plan, and my colleague Cristina Muñoz De La Torre will do the same for the Federal Emergency Management Agency (FEMA).

EO 13985 establishes the Biden Administration’s policy that the “Federal Government should pursue a comprehensive approach to advancing equity for all, including people of color and others who have been historically underserved, marginalized, and adversely affected by persistent poverty and inequality.” Therefore, agencies “must recognize and work to redress inequities in their policies and programs that serve as barriers to equal opportunity.” The government’s goal for this Order “is to provide everyone with the opportunity to reach their full potential.”

There are two key definitions in this Order:

Both terms are broadly defined to account for systemic inequities based on a variety of factors. Communities on the frontlines of the climate crisis are usually adversely affected by persistent poverty or inequality and are often communities of color. They generally also have been systematically denied a full opportunity to participate in decision-making about the pollution, housing, and energy burdens they bear. However, while the Order discusses people who have been “historically underserved,” there is no clear mandate to redress historic or even ongoing harms (arguably, “just” treatment of certain individuals could be interpreted to include redressing harms).

The Order is operationalized in six ways, discussed in further detail below:

Under Section 4 of the Order, the Director of the Office of Management and Budget (OMB) and heads of agencies are directed to “study methods for assessing whether agency policies and actions create or exacerbate barriers to full and equal participation by all eligible individuals.” OMB is a major component of the Executive Office of the President, charged with a variety of responsibilities including overseeing agencies, steering the President’s policy agenda, and preparing the President’s budget proposals. The study required by this Order is meant to identify the best methods for agencies to use in “assessing equity with respect to race, ethnicity, religion, income, geography, gender identity, sexual orientation, and disability” and whether to recommend pilot programs to test assessment tools. The OMB Director was required to deliver a report, published in August 2021, to the President on best practices identified by the study and recommendations for deploying such methods across the Federal Government.

Section 5 of the Order directs each agency head to identify certain programs and policies to “assess whether underserved communities and their members face systemic barriers in accessing benefits and opportunities.” By early August of 2021, each agency had to report to the Assistant to the President for Domestic Policy findings on:

Next, the Order states that the “Federal Government should allocate resources to address the historic failure to invest sufficiently, justly, and equally in underserved communities.” Specifically, the OMB Director shall “identify opportunities to promote equity in the budget” proposed by the President. In addition, the OMB Director shall “study strategies… for allocating Federal resources in a manner that increases investment in underserved communities.” According to the Order, the findings of this study shall be reported to the President. It is unclear whether this study has been completed yet, but it is at least not publicly available. The President’s March announcement of his FY23 budget proposal was accompanied by a press release highlighting how his budget advances equity.

The mandate for the agencies’ Equity Action Plans stems from Section 7, which aims to ensure that government programs serve all eligible individuals and government contracting and procurement opportunities are equally available to all eligible providers. To achieve these goals, the Order directs each agency head to produce a plan to address systemic barriers identified by the equity assessments required in Section 5. In addition, the U.S. Digital Service, United States Chief Technology Officer, the Chief Information Officer of the United States, and heads of other agencies are all directed to support the development of these plans.

Engagement with Members of Underserved Communities

Section 8 promotes engagement with members of underserved communities by directing agencies to “consult with members of communities that have been historically underrepresented in the Federal Government and underserved by, or subject to discrimination in, Federal policies and programs.” Agency heads are to consider how to “increase coordination, communication, and engagement with community-based organizations and civil rights organizations.”

Finally, Section 9 establishes an Interagency Working Group on Equitable Data (Data Working Group). The Order recognizes that many datasets created by the Federal Government are not disaggregated by key equity indicators like race, ethnicity, gender, disability, income, or veteran status, and that this gap in the data causes “cascading effects and impedes efforts to measure and advance equity.” The Data Working Group is co-chaired by the Chief Statistician of the United States and the United States Chief Technology Officer and includes many senior officials, like the OMB Director, Secretary of Commerce, Treasury Secretary, and Chief Data Scientist of the United States. The Data Working Group is also assisted by the Domestic Policy Council with interagency coordination and provided with administrative support from OMB. The functions of the group include studying and providing recommendations regarding existing Federal data collection and strategies to address deficiencies, as well as helping agencies implement actions to expand and refine Federal data “to measure equity and capture the diversity of the American people.”

The Data Working Group announced the release of its report of recommendations on April 22. At the highest level, their recommendations fall into the following categories:

The White House website on the Equity Action Plans links to summaries of agencies’ plans, but does not link to the plans themselves. The complete plans are centrally accessible here.

According to the White House, federal agencies were directed to assess three to five of their high-impact services and identify any systemic barriers to accessing them that may exist. Findings from these assessments were incorporated into the Equity Action Plans, which were also required to also include accountability mechanisms, success metrics, and key milestones. While here at Just Solutions Collective, we have not completed a comprehensive review of all of the plans, they generally appear to be focused on the two directives outlined in section 7 of the Order, addressing access to services and contracting/procurement opportunities. Many of the plans also include elements addressing improving data collection and increasing engagement with diverse stakeholders.

What does this mean for environmental justice?

For example, the Treasury Department’s Equity Action Plan includes an evaluation of the extensive outreach and education efforts deployed to promote advance payments of the increased Child Tax Credit, as well as the Economic Impact Payments, both provided under the American Rescue Plan. Lessons learned from these programs should inform future policy to increase uptake of tax credits in low-income and environmental justice communities, such as the tax credits for energy efficiency and clean energy investments that Congress is currently considering.

It is also important to remember that these actions are not codified in statute and can be fairly easily reversed or changed under a different president. This also means that ensuring that this Administration keeps its promises under these Executive Orders and Equity Action Plans is not likely to be straightforward, if even possible; advocates cannot usually prevail in a court challenge if it appears that an agency is not fulfilling the directives of an Executive Order. Nevertheless, these efforts are useful in promoting the institutionalization of addressing equity within the federal government.

Understanding the requirements of EO 13985 and the efforts flowing from it can help advocates be more effective at advocating for agencies to fairly treat members of the communities most impacted by pollution and on the frontlines of the climate crisis. In the coming weeks, my colleague Cristina Muñoz De La Torre and I will dive into the details of the FEMA and DOE Equity Action Plans to highlight opportunities and shortcomings for climate justice. 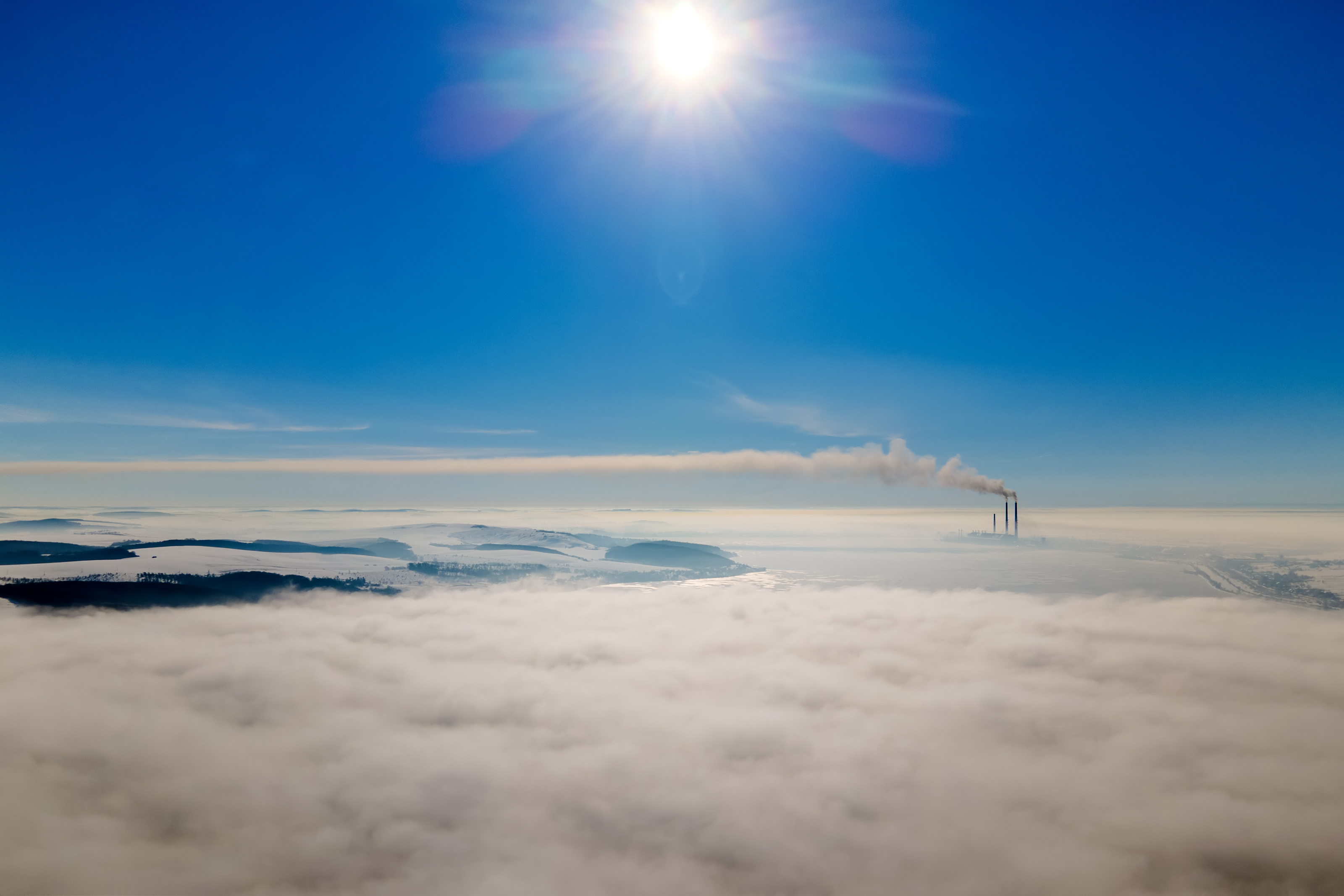 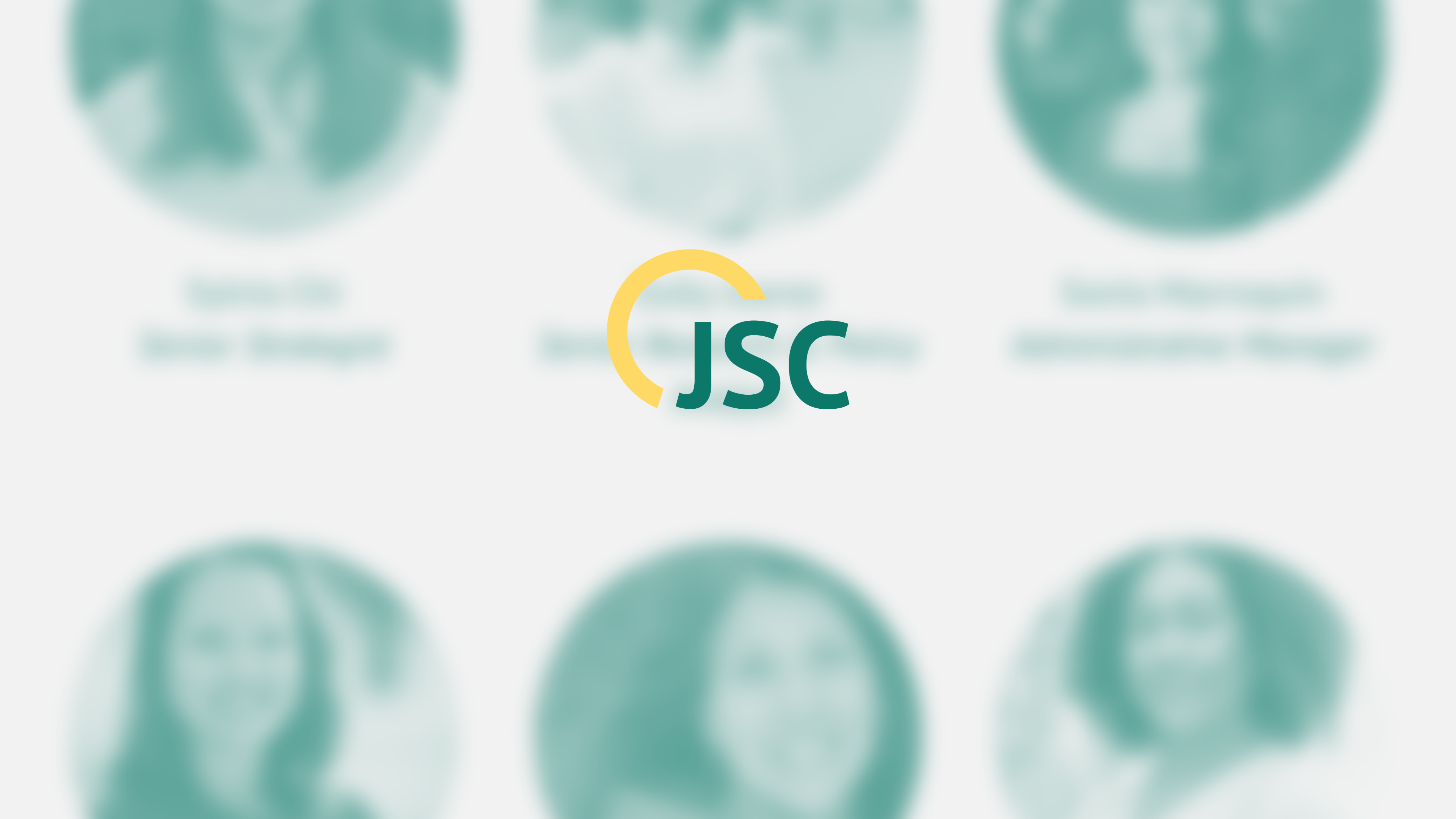 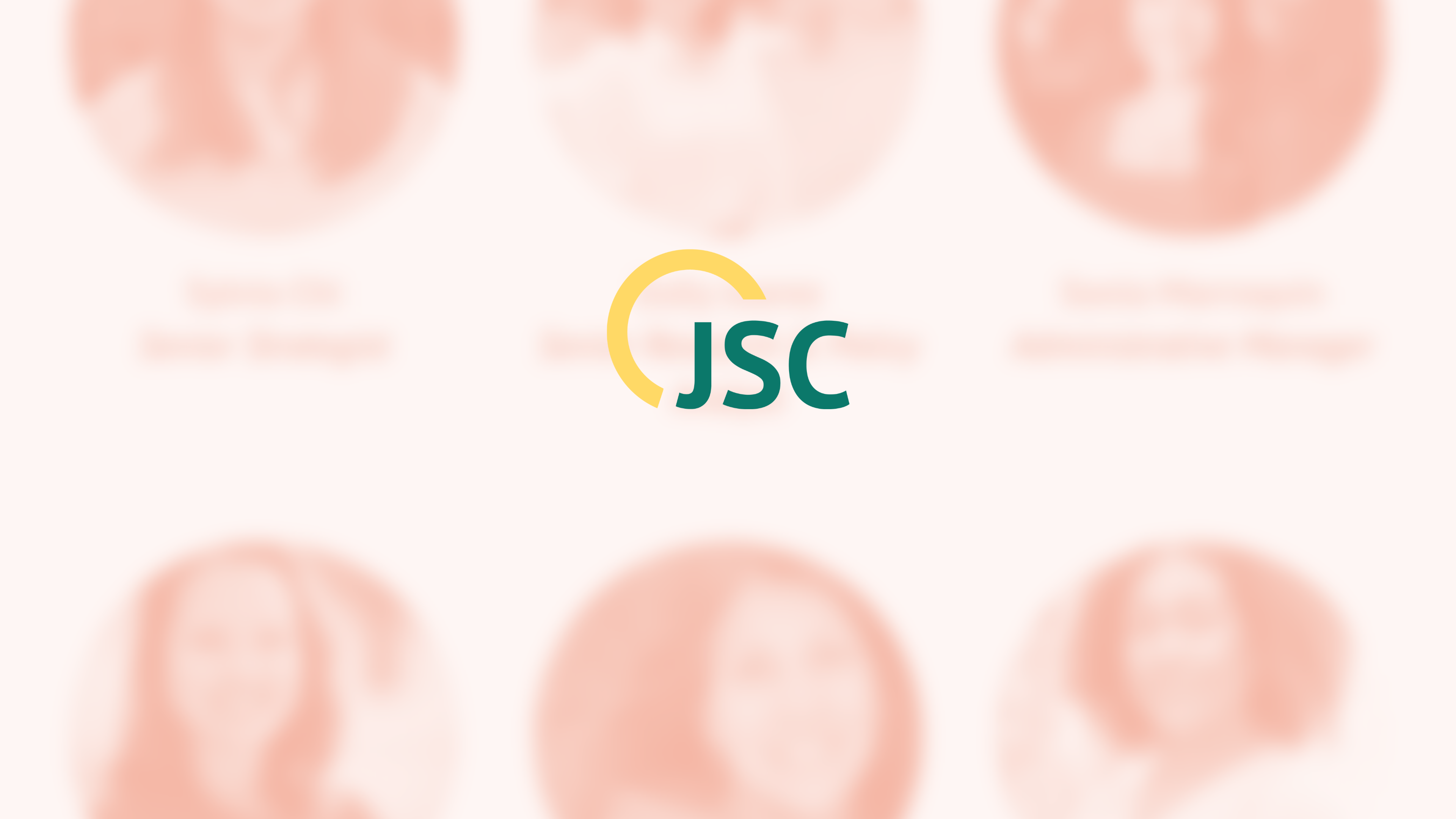