Addressing Energy Burden: Estimate of funds for low- and moderate-income households during the transition to a clean, regenerative, and just energy system

The transition to a decarbonized electricity sector provides an opportunity to invest in reducing energy burdens to systematically ensure an equitable and inclusive future. 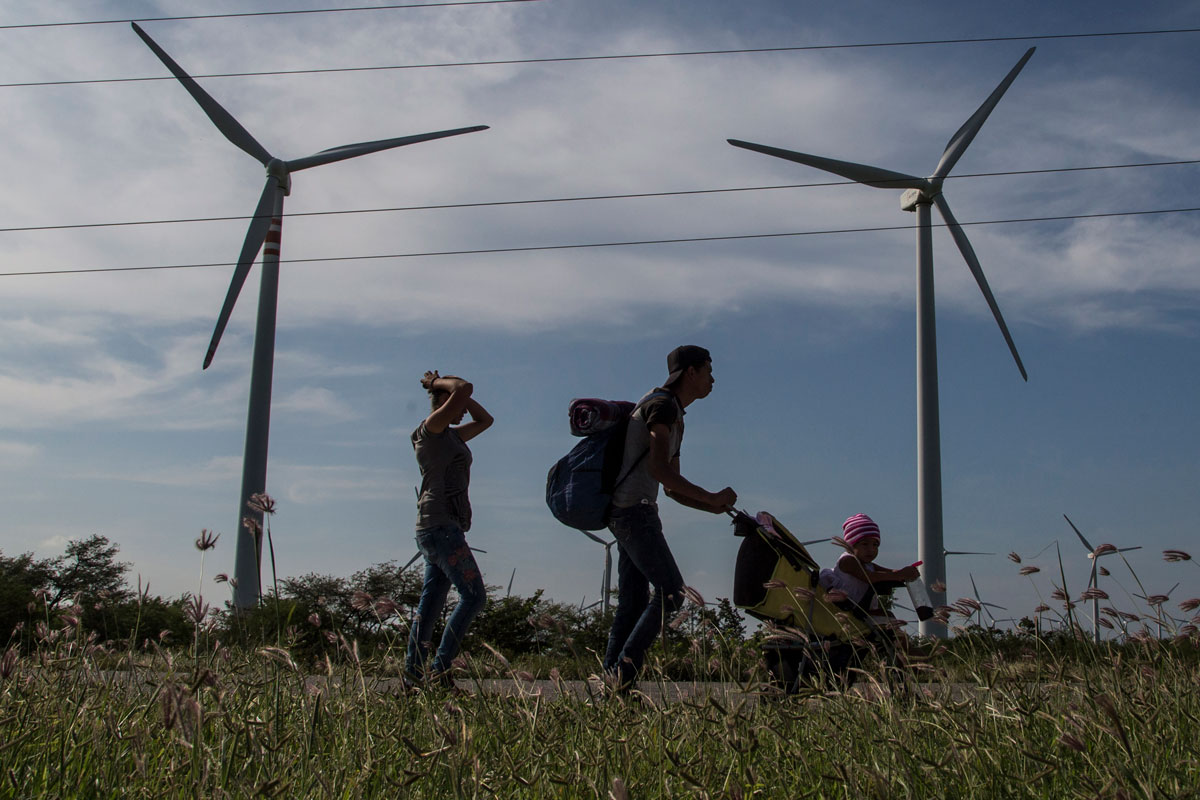 As climate impacts rapidly and dramatically increase and the discussion of possible action grows, any policy to transition our energy system will likely mean increased costs for low- and moderate-income (LMI) households, unless explicit action is taken to prevent that outcome.

Energy burdens for LMI households are already very high, often exceeding 30 percent of annual income at the lowest income levels (50 percent of the federal poverty level or below). High energy burdens are a principal cause of financial distress, including conflicts in paying food, medicine, rent, or utility bills. The consequences include evictions and mortgage foreclosures.

Extreme weather events exacerbated by climate change— such as more intense heat waves and longer, more severe fire seasons—are already causing increases in electricity bills and energy burdens. Moreover, without preventive action, an energy transition would also exacerbate the affordability problem. Thus, the prospect that climate change and the necessary energy transition might further aggravate energy burdens and their consequences, such as homelessness and ill-health, calls for preventive action. Indeed, the transition to a decarbonized electricity sector provides an opportunity to invest in reducing energy burdens to systematically ensure an equitable and inclusive future. Six percent of gross household income is generally considered the benchmark for a maximum affordable residential energy burden, derived from the federal guide for an affordable burden of 30 percent for housing plus utilities. Limiting burdens to this level would have a direct positive impact on households by providing the reliable energy supply necessary for health and adequate household functioning. There would also be major positive impacts on the rest of society. For instance, making energy affordable will drastically reduce energy bill conflicts with rent and mortgage payments, medical expenses, etc., potentially reducing some insurance company, hospital, and federal expenditures, such as costs of added emergency room visits that typically accompany homelessness. Limiting bills to an affordable level as a percentage of income is the surest way of making and keeping household energy accessible across the spectrum of families that are part of the low- and moderate-income group and keeping these households resilient through worsening climate extremes and the energy transition.

Approximately 31 million households are energy burdened under the definition that an affordable burden is 6 percent of income (the median residential energy
High energy burdens are a principal cause of financial distress, including conflicts in paying food, medicine, rent, or utility bills. Consequences include evictions and mortgage foreclosures. Seven Key Considerations for an Equitable Transition to Clean Energy 2 burden for all households is about 3 percent). This paper estimates the additional federal funds needed for states to implement Percentage of Income Payment Plans (PIPPs) to limit energy burdens to affordable levels. Based on the estimated level of need and number of qualifying households, the following federal funds are needed above current federal and state assistance amounts:

Administratively, the federal funds could be directed to LMI household utility accounts in a number of ways. The options include:‍

1. Block grants to states via the Department of Energy;

2. Block grants to states via the Low-Income Home Energy Assistance Program (LIHEAP), which is in the Department of Health and Human Services; and

3. Block grants via the Department of the Treasury, similar to the block grants for rental assistance in the American Rescue Plan.

The application processes and documentation requirements for assistance programs often present considerable obstacles for people who are elderly or ill or who may not have broadband, among others. Such obstacles can and do significantly reduce the number of people who apply and the fraction who actually get assistance once they have applied. Implementation of expanded assistance so that it reaches the vast majority of eligible households will also mean reducing these barriers and increasing both the application rate and the success rate for applicants.

It is important to note that affordable household energy also benefits society at large in many ways, such as lower costs due to better health and reduced homelessness because food-fuel-rent-medicine conflicts in family budgets are reduced. In the specific instance of the energy transition, many needed changes in the business model for electricity—such as integration of distributed generation, extensive demand response, and real-time electricity rates—could be implemented without the risk that large numbers of already economically vulnerable families would be adversely affected by the transition to a decarbonized electricity system.

In any policy or effort to transition individual states or the entire nation to a clean, renewable energy system, addressing energy burden is essential and a key aspect of climate justice. In the wake of the Covid-19 pandemic, when workers lost jobs and children were forced to learn from home, policymakers issued moratoriums prohibiting utility shut-offs, and many states, through the intervention of advocates, made sure that utilities provided payment options and other consumer protections. Ensuring adequate and accessible access to energy was widely understood as essential.

As we come to terms with the impact of more-severe weather events and to the scale, pace, and opportunity to transition to a just and renewable energy system, the following recommendations will support the commitment to provide affordable energy to low- and moderate-income households.‍

2. Fund PIPP in the federal budget at $22 billion a year from 2022-2030 to reduce
electricity burdens to affordable levels.

3. Require tracking and evaluation of energy burdens and the effectiveness of
electrification and weatherization programs, as well as community solar
programs.

4. Determine how the funds should be adjusted as electrification combined with
other upgrades of the housing stock proceeds.

5. Provide this information publicly and require public participation in reviewing and
improving the program.

Just Energy Papers: Prepared and published by Just Solutions Collective and the Climate and Clean Energy Equity Fund. General background references on an equitable energy transition include Cervas et al. 2020 and Bolon et al. 2021. The author would like to thank Subin DeVar, Jillian Du, Elena Krieger, Sonum Nerurkar, and Aiko Schaefer for reviews of drafts of this paper.

Efficiency, Accessibility & Affordability
Prioritize transportation justice
As the transportation sector is the leading cause of carbon emissions in many states, 100% policies should include strong electric vehicle programs and clean mobil- ity infrastructure.
Efficiency, Accessibility & Affordability
Recognize land, water, and air rights
Advocates need to factor in historic discriminatory land use practices and policies and ensure that the 100% renewables policy shifts away from environmental racism in land use.
Efficiency, Accessibility & Affordability
Solar for All: Communities for a Better Environment
Many of California’s most vulnerable communities have not seen the benefits of our booming green economy, yet have suffered the most from the health effects of nearby power plants & dirty energy industries