IRA: Our Analysis of the Inflation Reduction Act 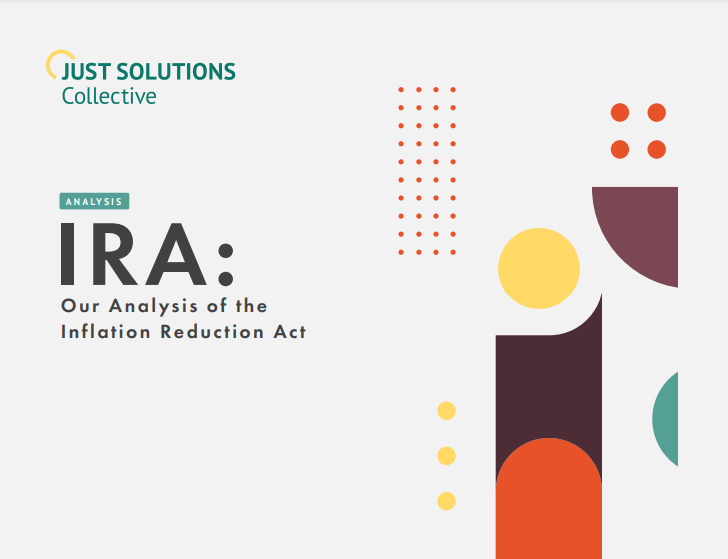 The Inflation Reduction Act (IRA) passed the U.S. Senate on August 7, 2022 and was signed into law by President Joseph R. Biden on August 16. The law has been lauded as the biggest climate change legislation in the history of the United States, with Democrats and supporters touting the law’s historic climate and clean energy investments.

In total, the IRA includes $228 billion in appropriations and an additional $324 billion in tax expenditures. The majority of the bill’s spending is climate- and energy-oriented, but also makes consequential changes to corporate tax law and Medicare.

The IRA’s climate and energy provisions are truly consequential, marking the first time substantial federal climate change legislation has been passed. While acknowledging this achievement, it is important to understand this law in its broader context, including the potential harms enabled by the law. We provide a detailed analysis of the environmental justice provisions in the IRA including beneficial investments, and also what policymakers and mainstream advocates overreach to suggest are environmental justice investments.